The Island of Dr. Moreau by H.G. Wells 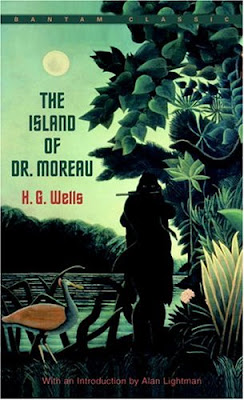 
Poor brutes!  I began to see the viler aspects of Moreau's cruelty.  I had not thought before of the pain and trouble that came to these poor victims after they had passed from Moreau's hand.  I had shivered only at the days of actual torment in the enclosure.  But now that seemed to be the lesser part.  Before they had been beasts, their instincts fitly adapted to their surroundings, and happy as living things may be. Now they stumbled in the shackles of humanity, lived in a fear that never died, fretted by a law they could not understand; their mock-human existence began in  agony, was one long internal struggle, on long dread of Moreau--and for what?  It was the wantonness that stirred me.
I find that I am developing and unlikely "thing" for H.G. Wells.  It's rather curious to me, because his writing itself doesn't seem like it would do much for me. The prose can be somewhat mechanical and plain and underwhelming, but then he takes it to another extreme with melodramatic scenes and campy images of horror.  However, as with a recent reading of The War of the Worlds, I find myself relishing it, and craving more.
In The Island of Dr. Moreau, Edward Prendick, a man who has "taken to natural history as a relief from the dullness of [his] comfortable independence" gets quite a break from the boredom when he is shipwrecked and ends up on an island where Dr. Moreau gets his kicks cutting up animals and giving them human characteristics.  They are given anti-bestial laws to follow, and are taught to deify their creator.  But their true nature is undeniable, and things end up getting pretty ugly.
Speaking of ugliness, by the end of the book I wanted to cut Dr. M. up and give him a few more humane characteristics, but, alas, another fate awaited him. Other than fantasies of vivisecting the good doctor, this short novel brings to mind other thoughts.  How far should mankind reach in the name of science?  Do we "play God" for the sake of progress?  What distinguishes man from beasts?  What makes us human?  How strong are the effects of socialization?   Where can I get my hands on a scalpel so I can cut up this guy and give him a taste of his own medicine?
A more immediate question I'm asking myself now:  Which of Wells' books should I read next?  The Time Machine?  The Invisible Man?  The First Men in the Moon?  I can't wait to dive into another sci-fi vision (or nightmare) conceived over 100 years ago. 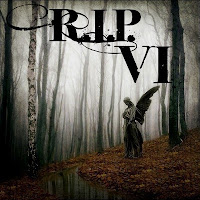