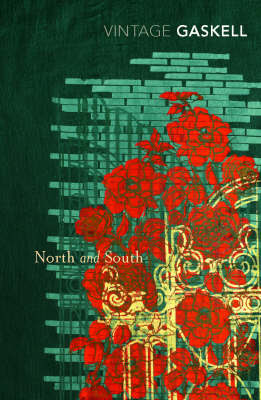 Joyce has conquered me before, but I'm ready for a rematch: 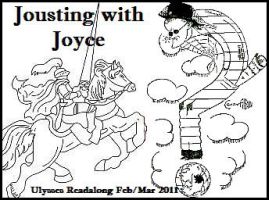 Sign up at Fizzy Thoughts if you're up for the challenge.  The fun begins in February.

It goes without saying that reading about the Vietnam War can be a harrowing experience, often appropriately so.  But I did manage to find something of a range of intensity in the books I read for the War for the Generations-Vietnam Reading Challenge, from "feel-good" to "if I read one more page I'm going to have to plunge a knife into my gut so I can feel better than I do when reading this book."  Here are some short reviews of my selections, starting with the gentler ones:


Despite the unappealing cover and somewhat corny title, Cracker! took a hold of my heart and wouldn't let go.  Cracker, a German Shepherd trained to sniff out bombs and traps in the jungles of Vietnam, and Rick Hanski, her handler, learn to work as a team in order to survive and show what they're made of.  The writing is very simple, but  captures the fear and frustration of a soldier, as well as the bond between dog and handler quite powerfully.
Although written for kids, maybe 9 and up, I think all ages can appreciate this one. I would love to see it made into a movie, but I would have to have a couple of boxes of tissue.  (I feel like it's okay to say that Cracker does not die, which is something I was worried about, and a lot of readers would want to know before reading.)


In this Young Adult novel, Hughes gives us a realistic picture of the Vietnam War, minus the profanity and excessive violence (if you think that's possible), through the experiences of main character Rick Ward.  He leaves a dysfunctional home and a disapproving ex-girlfriend, with a vague desire to prove himself a man, and maybe pick up some life-experiences to become a better writer.  By the end of basic training, he is already questioning his decision--"He'd spent almost six months in the army, and the training was supposed to make him eager and able to fight.  But he was about to fight an enemy he didn't hate, for a cause that no one could intelligently justify."  But there's no turning back, and Rick faces combat, trying to figure out how to find some purpose in fighting for something he doesn't necessarily believe in.  In the end, it all comes down to the strong bond of brotherhood formed with his fellow Rangers, and what they are willing to do for one another during their search and destroy missions.
This was a great book if you're looking for a PG account of the war, without the realities of war being glossed over.


It's been several months since I read this, so my memory of the details is hazy, but I remember being blown away by the first chapter and rereading it a few times.  I'll forgive my memory, because I know I will want to read this one again.  The beauty of the writing combined with the brutality of war has such a profound impact, it just hits something in my gut that is both horrifying and extremely satisfying at the same time.  This is one of those books I would bill a "must-read,"  as assuming as that label can be.  I'm anxious to read more by O'Brien, but I suspect that this one is his best.


Liz O'Reilly is the wife of a career Marine Corps captain, raising four small children in Detroit while her husband fights in Vietnam.  She had "played Antigone in high school and Joan of Arc as a college freshmen, to standing ovations, and now she was the Penelope in an unattended farce, weaving and unweaving the same pile of dirty clothes while waiting to hear exactly how her man died."  She is understandably resentful of her husband's duty, especially when he returns to combat even after sustaining an injury that gives him a ticket home.  While the reader learns about his experiences mostly from his dark but humorous letters home, the story is mostly about Liz, and how she survives her own battles, and tries to find meaning in her life, even as she fears for her husband's.
It's hard to say how I felt about this book, because some things about the plot bothered me, while others I found brilliant.   For the most part, I found it a satisfying read.  I usually don't like reading about everyday stuff, like household happenings, but Farrington made even a messy house and sibling squabbles sound almost literary!  I loved Captain O'Reilly's letters home, and there were a few tear-jerking moments in the end, which I read while sitting on the floor in my room in the midst my own piles of laundry.  It's a beautiful but real love story about finding the strength to do what you are meant to do, and making peace with the negative repercussions that inevitably go along with it.


After listening to the audio version of this book and hearing the "f" word about 5,000 times, I'm tempted to say this was a f***ing good book!  But I don't cuss at all (it took me years just to be able to say the word "butt"--weird, I know), so I'll say something really boring squeaky clean like "This book is thrilling and powerful, difficult to read at times, but also hard to put down" (or stop listening, in my case.)
I may not be able to swear like a Marine, but I can steal a bit of the plot summary from Goodreads:  "It is the timeless story of a young Marine lieutenant, Waino Mellas, and his comrades in Bravo Company, who are dropped into the mountain jungle of Vietnam as boys and forced to fight their way into manhood. Standing in their way are not merely the North Vietnamese but also monsoon rain and mud, leeches and tigers, disease and malnutrition. Almost as daunting, it turns out, are the obstacles they discover between each other: racial tension, competing ambitions, and duplicitous superior officers. But when the company finds itself surrounded and outnumbered by a massive enemy regiment, the Marines are thrust into the raw and all-consuming terror of combat. The experience will change them forever."
As I listened to this book, I really got that sense that I was humping right along with these guys and grew to love them.  My favorite parts were the conversations between the soldiers, as they talked about life and death, race and religion, and as the laughed and cried.  But there is also a lot of gripping action, tempered a bit by details of strategy.  Marlantes has written this novel in a way that keeps the writing from getting in the way of the story.  Highly recommended, even from this reader who usually avoids excessive profanity.

Paco's Story by Larry Heinemann
(First published 1986, 224 pages)
Personal Enjoyment Rating:  1/5 (DNF)
This is the one that I found torturous to read and did not actually finish.  I made it 2/3 of the way, and decided I had experienced what the author intended me to experience.  It tells what I think is an important account of the veteran's return to the world, as he lives with constant pain, harrowing memories, and the fact that he is the only one to survive when his company is bombed.  The story is brutal and nightmarish--not for the faint-hearted.  I began this as part of a readalong at the War Through the Generations website, and many of the other readers found more merit in it than I did.  Especially at the beginning, I felt it was overwritten, and I would have liked to have read about Paco's story in a more straightforward manner.  Still, I'm sure my own discomfort and horror were only a fraction of what a young man going through this would feel.

This reading challenge only went through 2010, but in the proper spirit of the Vietnam War, I will continue much longer than I really should.  I just can't seem to let it go just yet.  I think what fascinates me is a common theme I found in all the books I read:  trying to find some individual purpose in a seemingly pointless situation.  Whether a character's motivation was driven by ambition, self-respect, a larger purpose, or just proving oneself, it was like some sort of survival mechanism.  Something to think about whether we're fighting in a war facing the possibility of death, or engaging in other battles in life.
When I do get over what my family is calling my "Vietnam obsession" (I've also read some non-fiction books, watched some movies, a couple of documentaries, told my kids more than they ever wanted to know about leeches, jungle rot, and how the soldiers didn't wear underwear, and compared the  never-ending troops of ants in my pantry to the NVA), 2011 is the year to join the U.S. Civil War Challenge:

At this point, I plan to read three to five books ("Dip"), but it could turn into more of a swim if life permits.