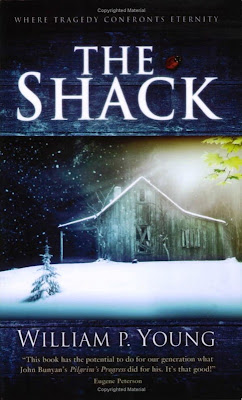 When I was younger, in my teens and much of my twenties, I would staunchly avoid anything that was "in." If everyone was watching it, reading it, wearing it, I was not. Sadly, this meant no Simpsons. Now that I have realized the error of my ways, it's really difficult to catch up on twenty seasons of a brilliant show. All in the name of nonconformity.
As I've gotten old(er), I still don't wear anything even remotely stylish, but I do have more of a desire to share in some of the popular shows and books that ten years ago I would have snubbed. I've actually watched a few seasons of Survivor, cheered for contestants on American Idol (but never voted), and voraciously read The DaVinci Code in less than 24 hours. At jury duty recently, a conversation about Twilight came up among a group of women, and after a couple of hours, we were practically BFF's! In a society where individuals have become increasingly isolated, I think this is pretty cool. These things have the potential to bring us together, rather than tear us apart (unless there arises an Edward/Jacob debate, of course.)
All of this rambling is just a pretext to explain my desire to read The Shack. I saw it as No. 1 on the bestseller list. It caught my eye browsing at Sam's Club. Reviews popped up on blogs. I wanted in on the action! And so did the members of my book club.
As the back cover notes, "The Shack wrestles with the timeless question: "Where is God in a world so filled with unspeakable pain?" Mack has experienced that pain--his young daughter is kidnapped during a camping trip, and all that is found of her is a bloody dress in an abandoned shack. How could God let this happen? Well, Mack receives a note in his mailbox inviting him to the shack to "get together" with Papa (his wife's name for God) and find out the answer to that question.
I only gave myself a day to read this, but I still found myself stopping to ponder for several minutes at a time. While I felt pretty involved in the story, I didn't necessarily agree with everything he said. One member of the book club mentioned that she thought whether a reader liked the book or not depended on whether the ideas put forth "rang true" for the individual. For a couple of people there, it did not ring true at all. I felt like certain parts were very powerful (Chapter 11-Here Come Da Judge) and others just interesting perspectives. The Godhead is presented in such an unusual way. I think those of conservative faiths may find it somewhat sacrilegious, and those without much religious faith may find it silly.
I didn't know the background of the publication of this book until I read an article on Wikipedia. Young originally wrote it as a Christmas gift for his children to share with them his beliefs, and had no intention of publishing it. This makes me appreciate the book a little more, because you don't get the idea that he's trying to push his way of thinking on anyone; he's just sharing his own treasured beliefs and obviously a lot of time spent pondering.


I usually try to keep my posts short, but this has been an incredibly long and rambling post . If you've actually read all of it, I think you deserve an award! I'm just going to post it without looking too closely at it, or else I might end up erasing it all and writing a seven-word review.
Posted by Shelley at 10:14 PM