The Madonnas of Leningrad by Debra Dean 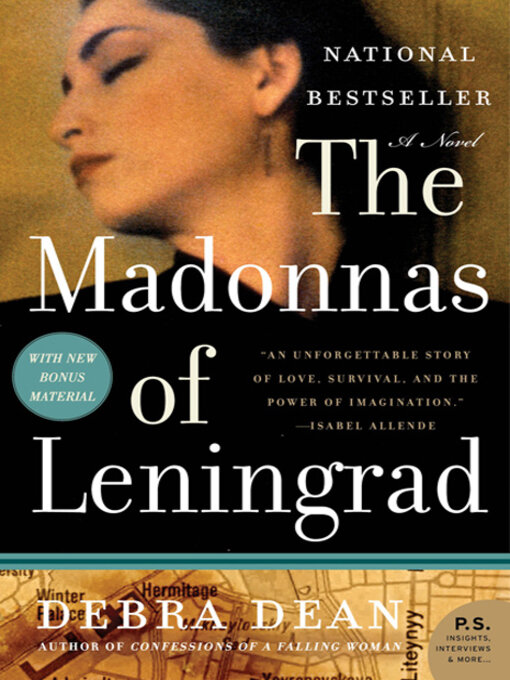 This short but meaningful novel tells the story of Marina Buriakov, an elderly woman suffering from Alzhiemers. Although she struggles to remember the routines of her present life and her granddaughter's wedding, the smallest detail brings her back to her days during the Siege of Leningrad, when she took refuge at the Hermitage where she had worked as a docent. She and several other families face fear and starvation as they seek protection in the museum's baement from bombs and attacks. In order to pass the time and maintain sanity, Marina memorizes the details of each work of art and where it belongs. These memories remain vivid as her present-day ones diminish.
I enjoyed the symbolism of the novel, as well as the touch of history in its descriptions of life for the residents of Leningrad during WWII. I also found that I understood Alzheimers a little better through Marina's thoughts and how they would so quickly shift from one decade to another. This was the library's pick for book club, and most of the group enjoyed it. Some felt that the characters were underdeveloped, one felt that it should have been either a short story or a longer novel, and one completley hated it. For me it was good enough that I will pass it along to friends, which as a library lover I don't always get to do!
Rating: 4 Stars
Posted by Shelley at 4:25 PM